At that point the closest Catholic Church was St. Mary's in Dover, some thirty five miles away. However, there was no resident priest there. Father Louis Dominic Senez, the pastor of St. Vincent's in Madison (some 50 miles from Montague) was one of the great early missionary priests.

One of the northernmost towns in New Jersey is Montague. It is in Sussex County on the Delaware River, almost at the point where New Jersey, New York and Pennsylvania meet, about nine miles to the southwest of Port Jervis, NY. On July 3, 1849 an Irish immigrant couple named O'Grady welcomed a new son. 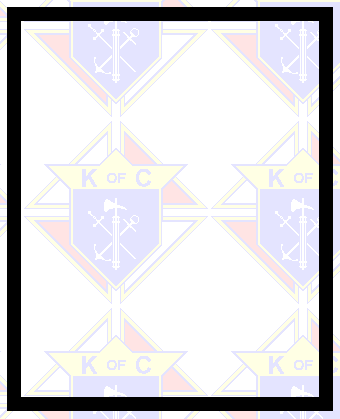 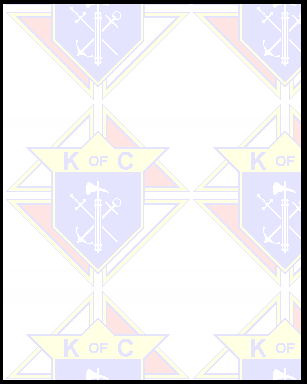 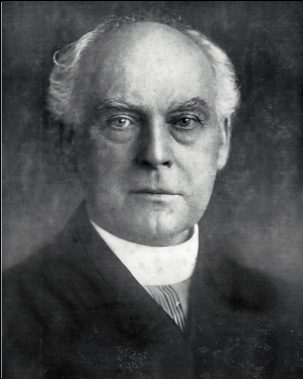 Fr. Senez traveled throughout Morris and Sussex Counties, ministering to the scattered Catholics in that area and slowly planting the seeds of the parishes in that area. On one of his mission trips to Sussex County, Father Senez found the O'Grady home in Montague, and there baptized their son John Augustine O'Grady. Shortly after his birth, the O'Grady family moved from Montague to the growing town of Dover, where the church was located. Young John attended the local school there, but feeling a call to the priesthood, he enrolled at age 16 at St. Charles Preparatory Seminary in Ellicott City, Maryland. Upon completion of his studies there, he came back to New Jersey to continue his studies at the college and seminary at (then) Seton Hall College.

After receiving minor orders, John O'Grady was ordained to the priesthood in the chapel at Seton Hall on May 30, 1874 by Bishop Michael A. Corrigan, the second Bishop of Newark. The young Father O'Grady started on what we might call a "fast track;"  he was appointed as the priest secretary to  Bishop Corrigan, as well as a professor of philosophy at Seton Hall, as well as serving at the cathedral parish of St. Patrick in downtown Newark under the legendary Msgr. George H. Doane (himself a convert to Catholicism and the son of the Episcopal Bishop of NJ and brother to the first Episcopal bishop of Albany.)

However, after a short time, Father O'Grady made known to Bishop Corrigan his desire to be a parish priest, and in 1876, Father O'Grady switched places with his ordination classmate Joseph M. Flynn (the first historian of the Catholic Church in NJ.) Father Flynn went to the Cathedral in Newark, and Father O'Grady came for the first time to St. Peter's in New Brunswick, where the equally legendary missionary priest Father John Rogers had served since 1844.

Father O'Grady's first term in New Brunswick was relatively short, as in November 1878, Bishop Corrigan asked him to take on the pastorate of Our Lady of Mount Carmel in Boonton (which had also been a mission established by Father Senez.) When Father O'Grady arrived in Boonton, the prospects were dim. While the church and rectory were relatively new, the local iron mines and works were closed, and the town had dwindled to about 120 adults and 130 children. In addition, Father O'Grady was responsible for the small mission in Hibernia, about twelve miles away. Again, Father O'Grady's time here was short but busy.

In May, 1881, a few months after the transfer of Bishop Corrigan to New York (where he was coadjutor bishop under John McCloskey, the first American Cardinal) and just three months before the creation of the new Diocese of Trenton, St. Peter's in New Brunswick saw the "second coming" of Fr. John O'Grady. Father O'Grady was destined to stay in New Brunswick for nearly thirty eight years. He was sent as acting rector of St. Peter's, to take over the day to day administration from Father Rogers, now in the twilight of a notable priestly ministry (Father Rogers died in July, 1887.)

He rallied the parish, nearly eliminating a huge debt. He provided for the children of the parish a new school building on Somerset Street - the old Columbia Hall which many of us remember. He also built the present sacristy on the back of the church in 1891 and saw extensive redecoration of the interior (which was restored in 2017.) He also purchased an additional sixteen acres of land for the parish cemetery, expanding it to its present size.

Bishop Michael O'Farrell, the first bishop of Trenton named Fr. O'Grady the dean on Middlesex County, and in 1892, he was raised to the honor of Domestic Prelate by Pope Leo XIII. Under Msgr. O'Grady's leadership, Sacred Heart parish was established in 1883, and many of the different ethnic groups which were settling in New Brunswick were able to hold Masses in the basement church of St. Peter's (A personal note: my grandparents were married there as a part of the fledgling Polish parish of St. Joseph's.) And, as far as I can ascertain, Council #257 of the Knights of Columbus was established, probably in the 1890's.

In 1899, Msgr. O'Grady was feted on the 25th Anniversary of his Ordination. Several banquets were held where he was honored not only by priests and parishioners, but from civic officials and non-Catholic ministers in New Brunswick. Msgr. O'Grady's time in New Brunswick also saw numerous vocations to the priesthood and religious life from St. Peter's Parish, both to the diocesan priesthood and especially to the Sisters of Charity who served the parish schools. Near the end of the First World War, the Spanish flu pandemic hit the world, much like the current pandemic is doing today. In January, 1919, Msgr. O'Grady suffered a stroke and lingered about two days before his death on January 15, 1919. His funeral Mass was celebrated at St. Peter's by the new young bishop of Trenton, Bishop Thomas J. Walsh,  and one of the young priests serving the funeral Mass was a native son of St. Peter's, Father James. A. Harding. Msgr. O' Grady was succeeded as pastor by another native son of St. Peter's, Msgr. John W. Norris (who served until his death in 1927), then, in 1950, Father (later, Msgr.) James Harding was named pastor. Msgr. O'Grady, Msgr. Norris and Msgr. Harding are buried, side by side in the priest's plot in St. Peter's Cemetery.